The story of Beauty and the Beast is one of the most popular fairy tales in the world. Although it is relatively young (less than four hundred years) it is known in hundreds of variations. One of the reasons for its popularity is probably a simple fact – it is based on several popular myths which are partially listed here.

Of course such a great story inspired many graphic artists (still does) and we’ll try to check some of them.

Let’s start with less known book written by Gabrielle-Suzanne Barbot de Villeneuve (169?-1755) who wrote the first version of The Beauty and the Beast. This is actually a novella for adults with basically the same plot we are all familiar with but also with many subplots which are today known only to devoted scholars. Next series of illustrations is from English translation in 1908. Illustrator is John Conder (1868-1909) who made great impact as a painter but illustrated only two books. This four color plates wrongly attributed to John Condor are from one of them (published by Mr. John Lane in 1895): 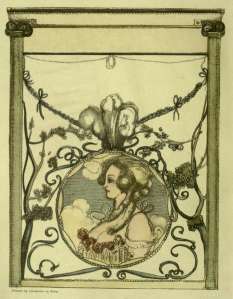 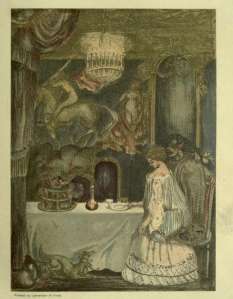 After this less known version we are probably ready for more widely known by Jeanne-Marie Leprince de Beaumont. This is how Walter Crane illustrated the story in one of famous toy books (published by George Routledge and Co. and later republished by John Lane): 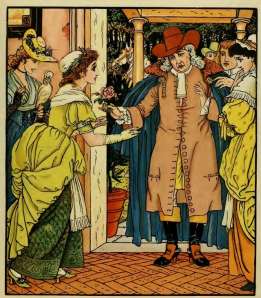 Are we ready for some action in black and white? Next set comes from legendary Blue Fairy Book edited by Andrew Lang. Illustrator is Henry Justice Ford (1860-1941). 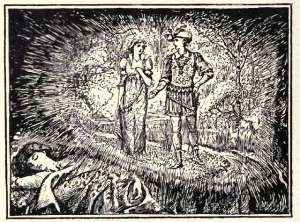 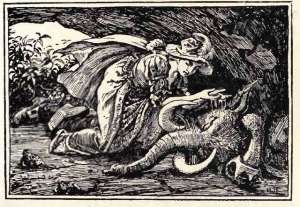 This is the last series for this post. We’ll continue with some individual illustrations from the books containing this story.

This is how Anne Anderson saw the Beauty at the Beast’s table: 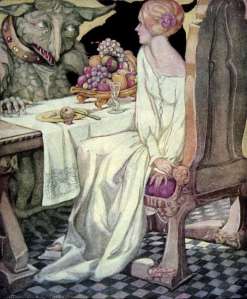 If you like her Art Nouveau style, you can check Grimms’ and Andersen’s fairy tales illustrated by Anne Anderson.

And this is how Warwick Goble portayed the most dramatic scene in the story: 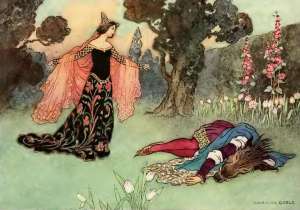 We have already presented some of his work in this post. 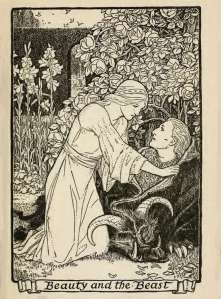 This is of course not all available on-line. I have found pictures of Beauty and the Beast by Eleanor Vere Boyle too.

Here is a selection of the most well-known scenes:

Here merchant came to the castle. The real plot is about to happen.

The merchant made a mistake and he is about to pay. 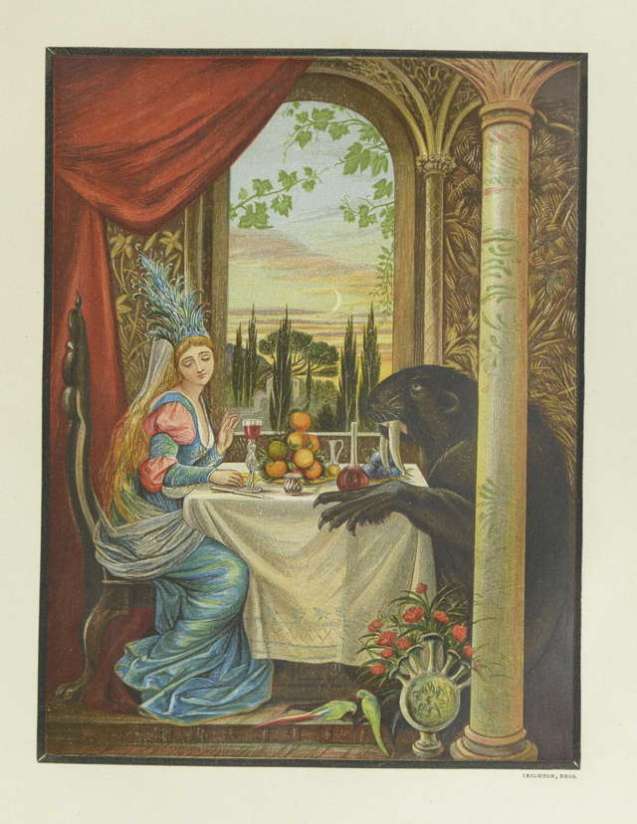 Beauty meets the Beast who looks terrifying yet he acts surprisingly nice. After a while, she actually starts to like him. 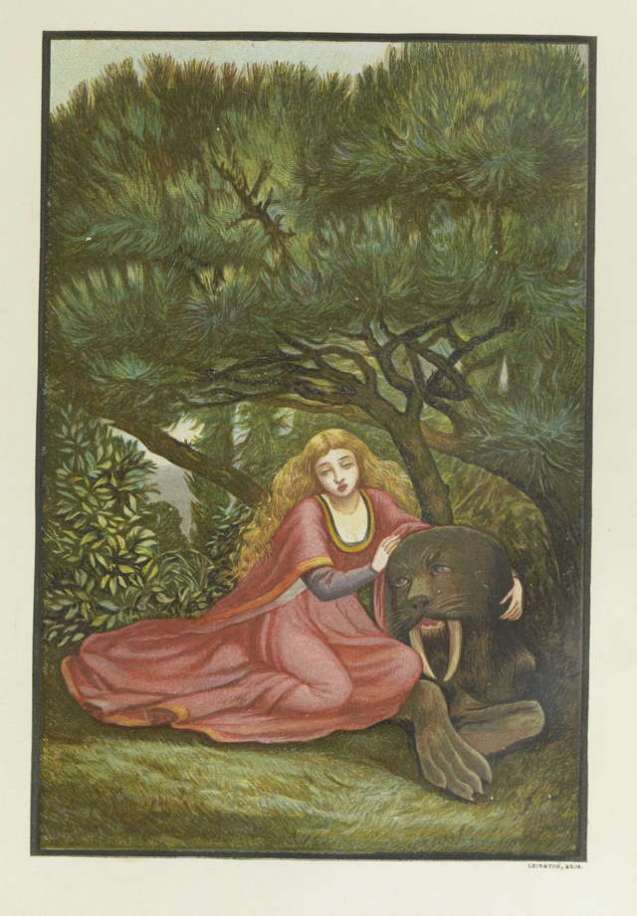 The Beast almost dies when Beauty leaves him for a few days. This is the moment of her return when she realizes she loves him. 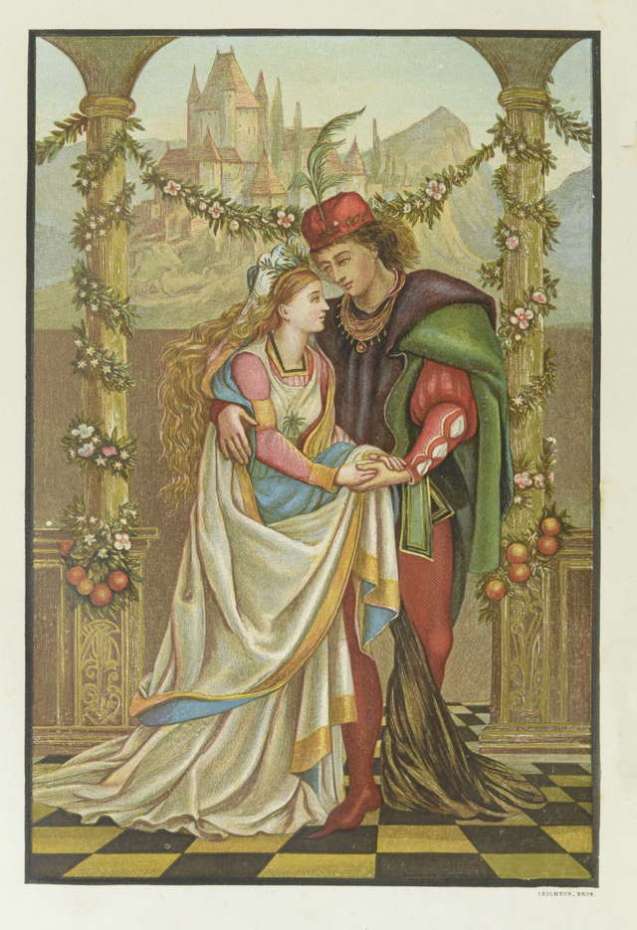 The Beast is saved from the curse and is transformed to prince again!

All pictures and line drawings from the book by E. V. B.can be found here.

I’ll add Arthur Rackham’s pictures and several other ones later. There are also many other artists which work is already there but it is not in public domain yet. So expect some additions in the future, just be patient …

I hope you enjoyed your visit in the gallery of pictures of the Beauty and the Beast!